DS Study Sessions at the Beinecke 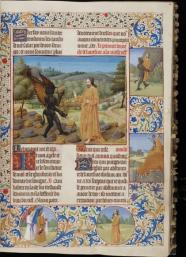 These sessions give students and faculty an opportunity to view manuscripts of texts from our three Directed Studies syllabi. In addition to enabling students to experience the excitement of working with rare manuscripts, these sessions create a space outside our classrooms to think more deeply about the transmission of texts through time. One question we grapple with in Directed Studies is the whole notion of what constitutes a tradition, and how works are included and excluded. These sessions at the Beinecke encourage dialogue about the material fragility and survival of individual works that sometimes tend to be viewed as constituting an apparently “seamless” tradition. Thus, the Beinecke sessions serve as jumping off points for a year-long discussion about questions of “canon” and “tradition”. 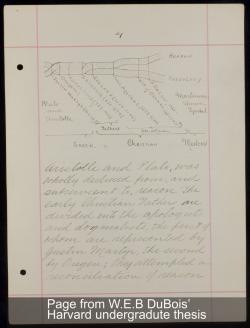 We hold fours sessions throughout the year, two sessions each semester. The first fall session focuses on papyri fragments of classical texts from authors such as Homer, Herodotus, and Plato, and the second on medieval illuminated manuscripts and maps. In the spring, we turn to early modern printed editions of works from our syllabi, and then to eighteenth century English translations of classical texts as well as manuscripts in the Beinecke’s holdings related to 19th and 20th century works we study toward the end of the academic year. We are often joined in these sessions by specialists from the Beinecke and elsewhere in the university who speak to us about specific works and questions related to their material survival and historical significance.