Atheism and the Novel 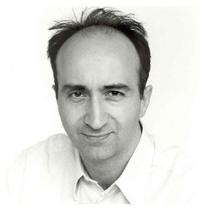 First colloquium of the new semester, next Thursday, January 26, 4pm, LC 102, with James Wood, literary critic, novelist, and a staff writer for The New Yorker magazine.

From his New Yorker page:

James Wood has been a staff writer and book critic at The New Yorker since 2007. In 2009, he won the National Magazine Award for reviews and criticism. He was the chief literary critic at the Guardian, in London, from 1992 to 1995, and a senior editor at The New Republic from 1995 to 2007. His critical essays are collected in “The Broken Estate: Essays on Literature and Belief”; “The Irresponsible Self: On Laughter and the Novel,” which was a finalist for the National Book Critics Circle Award; and “The Fun Stuff: And Other Essays.” He is also the author of a novel, “The Book Against God,” and a study of technique in the novel, “How Fiction Works.” He is Professor of the Practice of Literary Criticism at Harvard University.